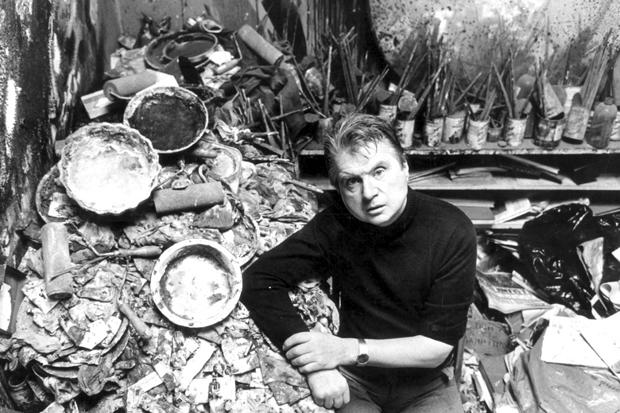 Francis Bacon had his career-defining moment not in his studios in South Kensington or Dublin but after a night at the roulette tables in Monaco, an authority on the artist has said.

Martin Harrison, editor of Bacon’s catalogue raisonée, feels that the artist made his biggest breakthrough as a figurative painter in 1949 when he was applying his risk-taking philosophy at both the easel and the Casino de Monte-Carlo. The scholar hopes to find further evidence for his theory at a new museum in the principality that will open to the public on March 30. The Francis Bacon MB Art Foundation, previously open only to researchers, is a collection of more than 2,300 items acquired by Majid Boustany, a property developer who has spent millions of pounds on the artist’s works.

When Bacon found himself £200 richer after selling a painting to the Museum of Modern Art in New York, he took off for Monaco to spend the money, Mr Harrison said. “In 1949 he became the painter of the human body. Everything prior to that was just leading up to that moment . . . . The mature Bacon germinated in Monaco . . . The key word is gambling. When he was at the roulette tables gambling on chance, for him it was the same thing as he was doing with paint. To him, the two were inextricable.” Mr Harrison suspected that Monaco had been an important time when he went to Tate Britain and was able to inspect Head II, which Bacon painted in 1949 at the start of the figurative phase that would come to define him. “The frame is stamped with the name of a frame-maker from Cannes . . . Why would that painting have been made in Cannes unless Bacon painted it in Monaco? I realised that Monaco is not just a relevant part of Bacon’s life but a crucial one.”

Bacon often referred to gambling as if it were his job, telling friends: “I’ve got to go and make some money — I’ve got to go to work.”

Mr Harrison, who described Bacon as a “binge painter” who tended to work hardest when presented with a deadline, said the artist would apply layer upon layer, especially on his subjects’ heads. “To that extent, that was a gamble — because you could just slightly spoil it. You could put on too much paint with a one-inch brush. He would think, ‘I’ve ruined it’. It’s hard to retrieve. He would think, ‘Oh my God, I can’t fix that’, and rip it to bits.”

Mr Boustany said he wanted his foundation to foster a better understanding of Bacon and his work, with which he became obsessed while a student in London. He has spent the past five years acquiring objects, including items of furniture that Bacon designed, and ephemera.