The 135th edition of the FA Cup, widely regarded as one of the most prestigious domestic cup competition in world football, with the potential for giant-killings and upsets creating the magic that has remained prominent for many years. Punters will no doubt have one eye on the upcoming Fourth Rounds ties as an opportunity to enjoy great value on the underdogs, with a number of Premier League teams potentially facing a potential exit at the hands of lower league opposition. Derby, Peterborough and Nottingham Forest are among those who may be worth backing in the FA Cup betting odds listed on Betway, but there are a number of teams away from the big guns that have the quality to go all the way and lift the famous trophy at Wembley. 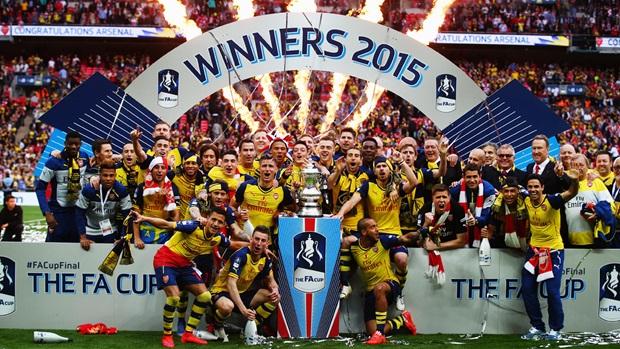 Reaching the Capital One Cup Semi-Finals and putting themselves in a good position to challenge for a Europa League spot in the Premier League table illustrates the excellent progress that Stoke have made this season. Mark Hughes has created an eye-catching team that are capable of playing fluid, free-flowing football that goes against the theory that the Potters only know how to be physical and play route one. It would therefore be safe to assume that they are no longer the underdogs in this season’s FA Cup betting market at Betway’s site, but a team that possess the quality of Marko Arnautovic, Bojan and Xherdan Shaqiri in attack are great value at 25/1 to go all the way.

Question marks have been raised over the standard of defending in recent weeks, but if Everton can manage to improve at the back and keep their star attacking players in form, then the Toffees could be strong candidates to win this season’s FA Cup. Roberto Martinez’s side have already reached the semi-finals of one domestic cup competition, but they will feel rightly aggrieved at losing to Manchester City following the controversial second goal that proved to be the major turning point in the tie.

Having the likes of Romelu Lukaku, John Stones and Ross Barkley to call upon should put them in good stead, and while an away trip to League Two side Carlisle certainly offers a banana skin that they must overcome, 12/1 is worth considering.

Leicester have taken many of the plaudits for their fantastic exploits in the Premier League, but West Ham certainly deserve a mention for enjoying a superb season to date. None of the big guns have managed to get the better of Slaven Bilic’s side, with Liverpool, Manchester City and Arsenal among those who have been beaten by the Hammers. They have been a breath of fresh air under Bilic, with Dimitri Payet proving to be one of the signings of the season.

West Ham are currently in the market for a proven goal-scoring striker to add more firepower following yet another injury setback for Andy Carroll, and if they are successful in their pursuit, then backing them at their current FA Cup betting odds of 25/1 could turn out to be extremely profitable.