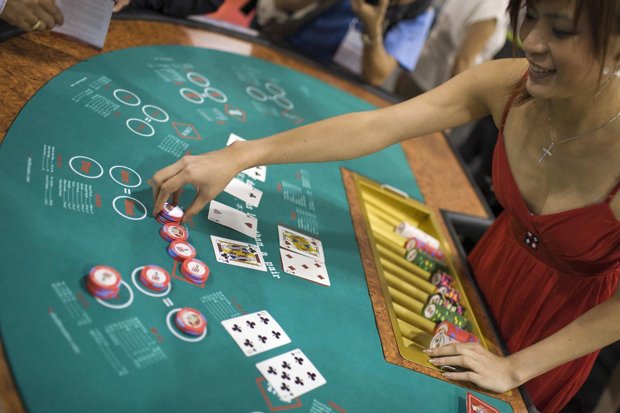 Some £50 billion worth of bets are off in China after police smashed a cross-border gambling ring in one of their biggest busts in more than six decades.

The bets were placed on 500 illegal gambling websites by one million registered gamblers, indicating the popularity of gambling, an activity loved by many Chinese but banned by the ruling Communist party.

A year-long police operation began in the summer of last year when officers in the southern Hunan province found that a gambler in an internet café had logged on to an illegal gambling site. To monitor both political activism and criminal behaviour, China requires all visitors to such places to register their identity cards, which are shared with the police.

The discovery led to hundreds of similar linked websites, and months of investigation into Hunan villagers’ claims that people in debt to the gambling networks were being intimidated to repay them, while some heavy debtors had committed suicide.

Most of the arrests were made in July. Police offered no explanation for the delay in announcing their success.

The syndicate was based in Guangdong province, which borders Hong Kong. Its main server was in Taiwan and some service staff were based in Hong Kong, Thailand and the Philippines, according to Chinese media, including the Beijing News.

The organisers dodged police by imposing several layers of online security and regularly changing their computers and mobile phones. Most of the bets involved Hong Kong’s popular Mark Six lottery.

Mainland Chinese custom keeps casinos in business in Macau, the only place in China where they are permitted, but Beijing is likely to relax its restrictions in about four or five years, according to Zeng Zhonglu, a gaming sector expert at Macau Polytechnic Institute.

Although China has state sports and welfare lotteries, they are considered less exciting and lucrative than online gambling. Mr Zeng said: “Chinese people have more leisure time and money, and the internet is more developed, so they have the need and the means to try their luck, and that’s why online gambling is so popular.”

The nationalist leader Chiang Kai-shek tried to stop China gambling in the 1930s, but only Chairman Mao’s authoritarian rule from 1949 achieved that aim. Like prostitution, another vice banned by Mao, gambling has resurged in recent decades as citizens crave instant wealth.

In one district of Yueyang city, in Hunan, almost 80 per cent of the 6,000 residents took part in the syndicate’s gambling, its party secretary told local media.

“Underground Mark Six has always been crazy here in Yueyang,” one person wrote on the Tencent news site on Wednesday. “Many of my relatives lost a lot of money on this, and now still many old people are fooled and keen to gamble on Mark Six.”